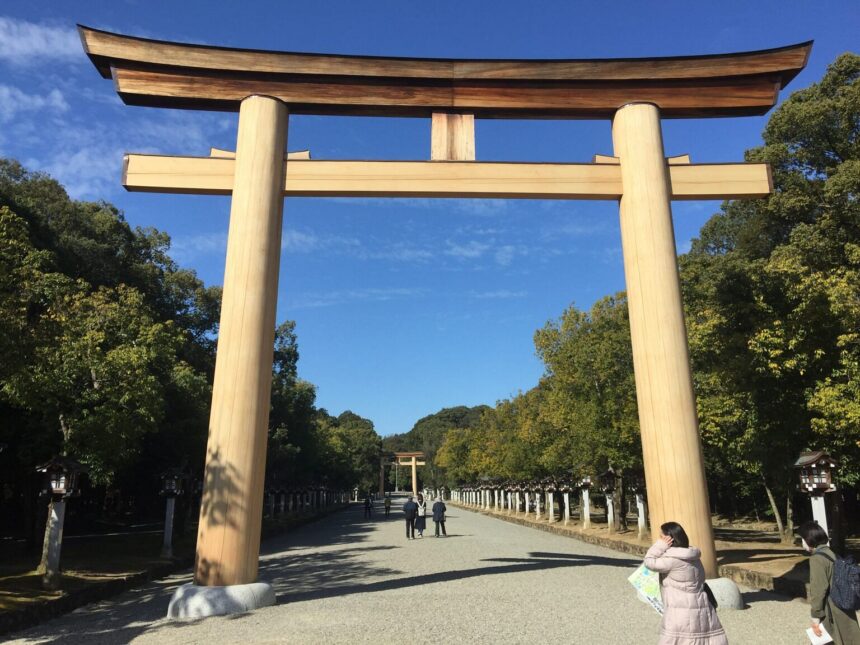 Kashihara-jingu shrine is quite new (1889) and was built during Meiji imperial restauration. The emperor wanted his power to be reaffirmed and so built this shrine, even giving some buildings from Kyoto imperial palace, in the very place where were held the first imperial government (660 BC). Emperor Jinmu is enshrined in this place.
After visiting Kashihara-jingu, we go to Imai-cho, Japanese traditionnal city. At first, temple town, it became a trade city during Edo period. Its architecture did not change and now, we still can visit this town as it was during Edo.
Visiting Kashihara, we can know more about Japanese History while having a great time outside.

For more information , go to
atigajapan-tours.com